Quite possibly. But it depends on the type of film. Horror movies might not translate into good deeds, but films filled with positive emotions can change your mind and body in dramatic ways that may increase prosocial behavior.

At the 2nd World Congress for Positive Psychology, I was captivated with Lindsay Doran’s presentation on “Hollywood and Happiness.” She began by saying that after thirty years in the industry, she thought she knew everything there was to know about movies. That was until she met Martin Seligman, the ‘godfather’ of positive psychology.

She said Seligman’s PERMA theory of well-being (Positive Emotions, Engagement, Relationships, Meaning & Accomplishments) gave her a new framework for looking at how filmmakers craft successful stories. She remarked that both Hollywood and positive psychology research have something to gain by sharing insights about the multifaceted nature of happiness.

Movies With Accomplishments Mater… If They Are Shared

Lindsay Doran focused on the way in which Accomplishment, the ‘A’ of PERMA theory, can make filmgoers open their hearts with empathy or feel limp and unmoved. Drawing upon examples from critically acclaimed motion pictures, she pointed out that people only care about accomplishments if they are shared with others. People are not moved by the prize-winning acts or triumphant feats themselves, but they are moved when they see triumphs shared with confidants.

For example in the movie Karate Kid, the fatherless teenager Daniel takes up martial arts to protect himself from bullying. Under the guidance of karate master Mr. Miyagi, Daniel competes against the odds to fight in the championship match at the All Valley Karate Tournament. (You can watch the final fight scene here.)

After being repeatedly beaten down, Daniel throws one final kick that wins him the biggest victory in his life. As the audience cheers and hoists him up in celebration, Daniel shouts out. “Mr. Miyagi, we did it. We did it!”

What’s important is that Daniel viewed his accomplishment not as an individual success, but as a shared victory. This is why so many people feel the uplift of a sports team winning. They identify as being part of the team themselves. This shared triumph helps you emotionally resonate with the uplifting experience.

When the film cuts to Mr. Miyagi looking on from the sideline with the smiling pride of a loving teacher, it’s hard not to feel elevated emotions. Our relationships make our accomplishments that much sweeter. In many cases, the relationship is what makes the accomplishment possible at all.

Those unfamiliar with the Karate Kid have probably seen the archetypical underdog story, Rocky. Although it follows the same theme of an insignificant person overcoming overwhelming odds, Rocky is uncommon in that the protagonist doesn’t win the final fight. Rocky’s accomplishment is never realized. (The final scene can be viewed here.)

In many ways, Rocky teaches us an important lesson about life: we don’t always get what we want. Yet, we still get something. A lot of the time it’s a hard-earned lesson and the respect of others.

Despite his loss, Rocky is able to gain the admiration of the audience as well as get the girl of his dreams, thus revealing something significant about human nature–An accomplishment we value greatly is the ability to endure loss. Resilience is one of the most inspiring human qualities.

Watching others go through difficulties can make us not only appreciate our own good fortune, but feel empathetic to their struggles.

If you’ve seen Rocky and other inspiring movies, you’ve felt the opening in your chest and connected with that uplifting performance on the screen.

But what is actually going on in your body when you witness these touching scenes?

Recent research on ‘other-praising’ emotions such as elevation, gratitude, and admiration, has shown that these sentiments each produce different effects in the body.  In fact, this group of positive emotions can actually change your physiology and motivate you to become better people.

Sara Algoe and Jonathan Haidt demonstrated that elevation, the feeling of moral uplift when viewing the virtuous action of another, is a distinct moral emotion with unique motivational consequences. Participants who experienced elevation by watching righteous feats were more sociable and likely to emulate the observed good deed. Experiencing gratitude from watching a video seemed to make people want to repay and acknowledge others for their action. Similarly, feelings of admiration made people want to share with others stories of the people and things they admired.

Silvers and Haidt suggested that the emotional reaction to witnessing good deeds might stimulate the release of oxytocin, a hormone associated with prosocial and affiliative behavior. They found that breastfeeding women who watched a morally elevating video were more likely to nurse their infants and hug them compared to women who watched an equally enjoyable comedy video. This suggests that moral elevation may involve the release of oxytocin, which is colloquially known as the “cuddle chemical” or “love hormone” since it facilitates pair-bonding. (You can find Haidt’s research on elevation and awe here.)

How Elevating Movies Make You Better

So how do these experiments of elevated emotions relate to you sitting at home watching Netflix?

If movies can elicit feelings of elevation, they have the ability to move you beyond happiness and truly uplift you to become better people. It’s no secret that stories of leaders, heroes, and ordinary people doing extraordinary things can catalyze inspired action.

We are now beginning to uncover how these actions of moral beauty and virtue actually motivate us to do good. The biological mechanism for this inspiration seems to lie in the release of oxytocin prompted by experiencing moral elevation.

All the more reason to go out and watch morally elevating films. They will not only give you that warm feeling in your heart. They can uplift your spirits with positive emotions and reinforce your social connections. These experiences can cause brief windows where breakthrough change is possible. You just need to make sure to take your renewed spirit off the couch and into the world.

I’m Jeff Siegel, a wellness coach and mindfulness teacher, helping people upgrade their habits and improve their health. For free bi-monthly wisdom on how to eat, move, and be healthier, sign-up for my newsletter. If you’d like to explore working together, you can schedule a private 30-min consultation call with me.

This article was originally published at Positive Psychology News. 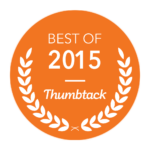